R/ESISTENZA is based on the idea of overturning the conventional view of an art gallery as a “container” for works of art and transforming it into an urban exhibition itinerary that acts as an interpreter of identity.

Through art, these places are given new meanings and they take on the marks of collective creativity, which re-imagines and reclaims public spaces as expressions of their own history and culture.

Through this “open-air gallery”, the urban fabric of Antrodoco will become a generator of social change, in which artistic expertise and intervention will stimulate the positive and beneficial regeneration of the local area in the medium and long term.

Walls, public squares and even streets will all be transformed into works of art themselves, and become part of a dialogue with the artists and local population to create new connections between the places in the town and surrounding area and the people who live there.

The aesthetic and social codes of street art have been used to reconfigure the perception of the urban environment, not only by improving its aesthetic appearance, but also by acknowledging it as a space that deserves our attention and protection, generating a renewed sense of esteem for and belonging to the local area for the local population.

The choice of which areas to include in the event was dictated by the desire to maximise accessibility to works of art, as well as their usability.

This is the first edition of an event, which is set to take place on an annual basis, that will further enrich this open-air gallery over time, and transform Antrodoco into a centre for street art on an international level.

The street artists involved in the first edition are some of the most prominent figures on the national and international scene.

The roll call of big names begins with the well-known pair, STEN&LEX, considered by many as the heirs of Banksy and pioneers of the stencil poster, a technique that has made them the most famous Italian urban art duo of the moment.

They are followed by LUCAMALEONTE, who has an unmistakable signature style and works primarily in the stencil technique.

The fine art of mural painting is represented by NEVE, a portraitist with a special character, whose talents are well recognised in Italy.

ALESSANDRA CARLONI, an established painter and street artist, completes the round-up of the artists and advocates of street art who embody the artistic spirit of the genre the most.

These artists have been selected to bring a true “urban gallery” to life, which has been developed as an artistic exhibition itinerary, centred on four key locations, that runs through the City of Antrodoco.

This will form an “open-air gallery”, transforming Antrodoco into an urban space that is dedicated to art.

The graphic design for the project has been curated by WARIOS ONE, part of the international Calligraffiti Ambassadors group, an artistic collective created by SHOE that combines Calligraphy and Graffiti into a unique art form.

At the heart of this project lies the meaning of the expression ‘Resistance: Resist to Exist’, a concept that now more than ever fully describes the condition of the entire cultural world and which is one of the founding themes of street art itself: an art form that uses its very presence and physical permanence in public and communal spaces as a strength.

Antrodoco, a small town nestled in the mountains of the province of Rieti, is where these artworks are located. From this close relationship with nature comes the choice shared by the 4 artists involved to take the natural elements as their starting point and interpret them in their own way.

The goal is to create an urban art gallery that can be accessed and enjoyed by everyone at any time – a collection of artworks intended for the entire community.

The project involves well-known artists from the world of street art in order to create an expressive programme of works of art that will become an attraction for tourists and visitors to the town and transform Antrodoco into a contemporary arts centre.”

Artists and Works of Art 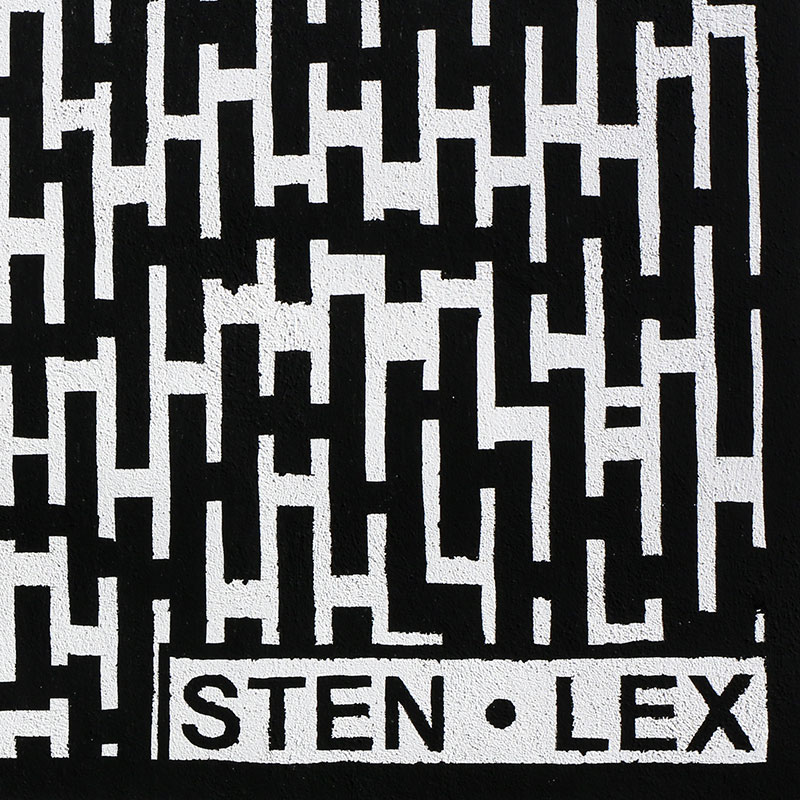 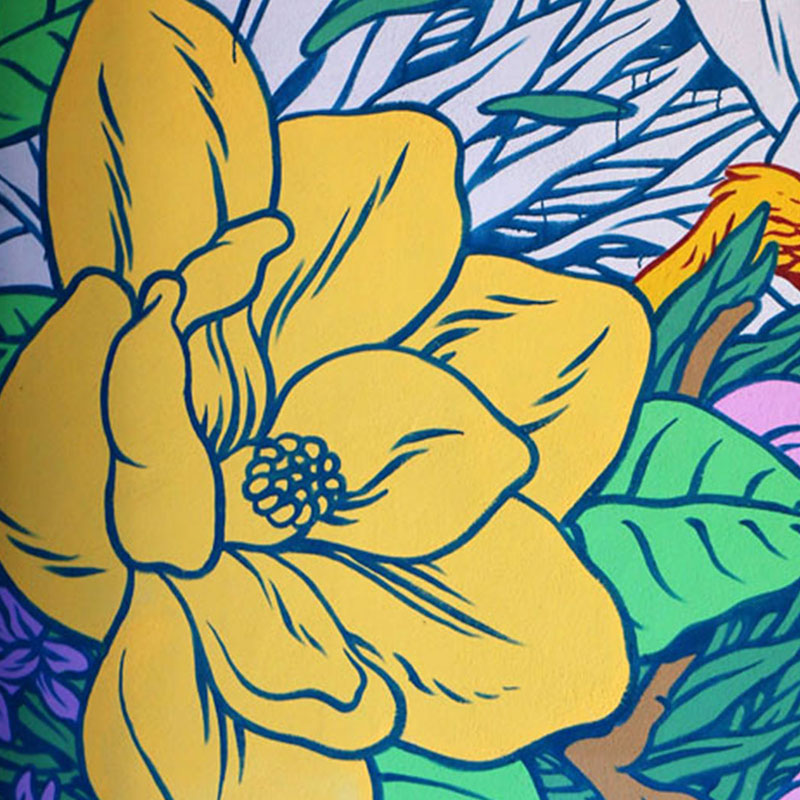 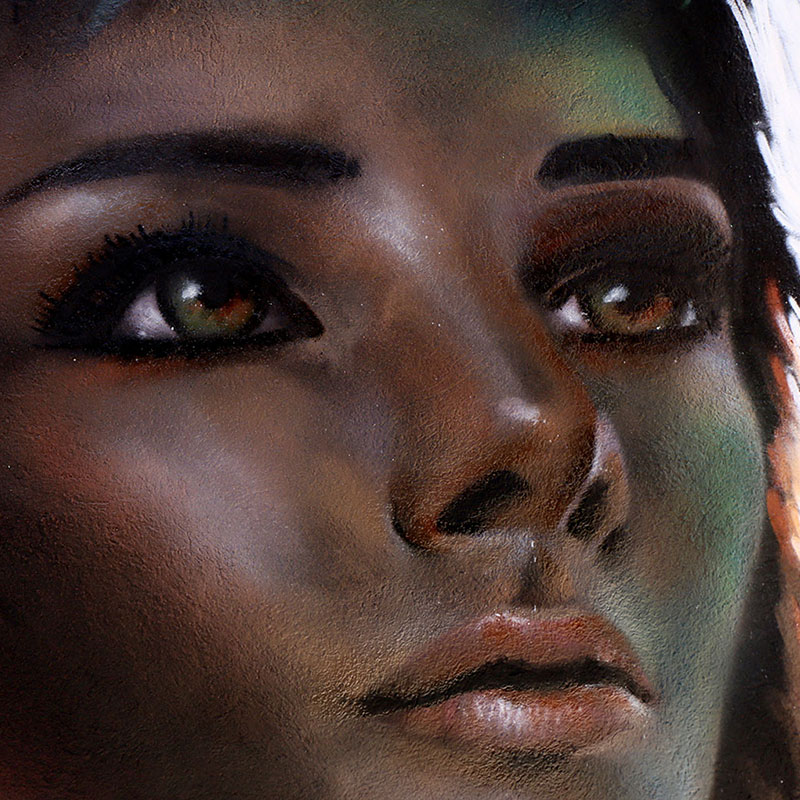 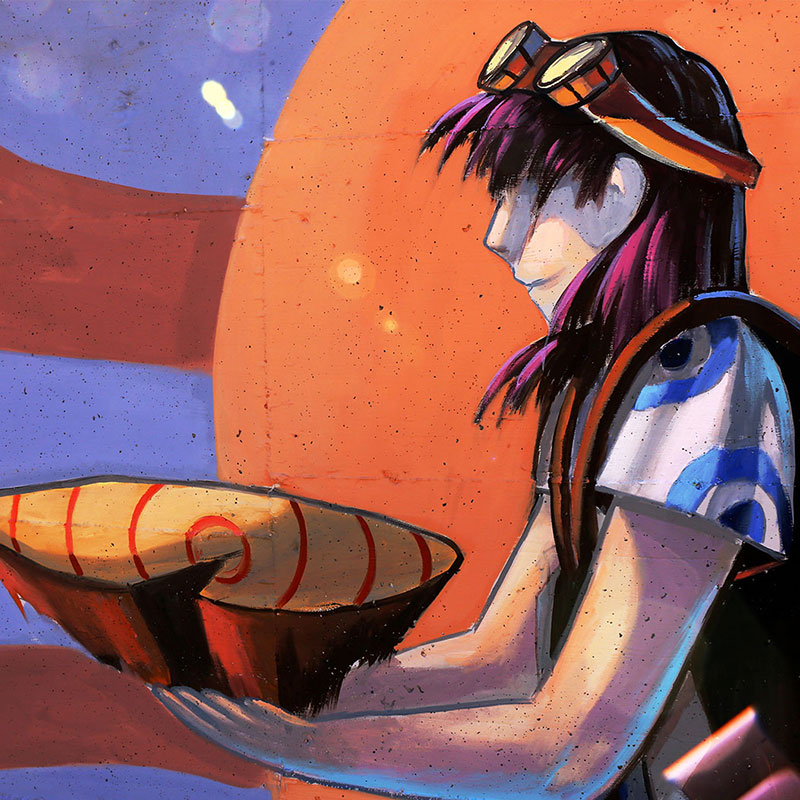 “L’energia del sogno” (The Energy of a Dream)

whit the contribution of